Ender Ilkay: If you can’t trust smooth-talking millionaire real-estate developers, who can you trust? 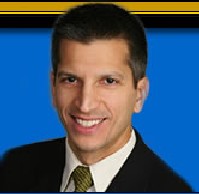 At his public presentation, West Vancouver-based developer Ender Ilkay was calm and self-assured—until he got angry. Then the claws came out.

Ilkay and his company, Marine Trail Holdings, plan to develop seven parcels of forestland purchased from Western Forest Products—land that, until recently, was part of a publicly-managed Tree Farm License. In 2007, the province’s sudden decision to release 28,000 hectares of forestland from TFL status to WFP without consultation or compensation triggered a storm of controversy and court actions. Complications scuttled Ilkay’s earlier plans to develop two of the parcels.

Now, Ilkay’s back, with an ambitious plan for a sprawling resort that includes a recreation centre, tourist lodge, and 279 cabins stretching along seven kilometres of choice land between Mystic Beach and Sombrio Beach.

Cabins and roads could extend to within 100 meters of the Juan de Fuca Marine Trail. Currently, the forests are populated by black-tailed deer, Roosevelt elk, black bears, red-legged frogs, and many more species. The trail is prized for its wildness by thousands of people who use it every year.

At the CRD-sponsored open house in late October, over 100 people jammed the Sooke Community Hall to ask questions and view Ilkay’s concept maps. Radiating confidence, Ilkay emphasized the project “has to be an environmental success because the only people coming here will have to be people who have a passion for the environment.” He cited 85 full-time jobs and tax revenues as benefits to the community.

Ilkay had his fans in the crowd, including Marvin McClurg, elected chief of the Pacheedaht First Nation, who brought a letter of support from the band council.

But the majority of the comments were skeptical. Terri Alcock, a Shirley resident and community volunteer. spoke up about problems with Ilkay’s development at Sheringham Point, near the historic lighthouse and park. “We had to start a legal process to try and enforce his signed agreement,” she explained. “We don’t have enough money for lawsuits to enforce these agreements. If we can’t trust him now, can we trust him later?”

Sign the petition against sprawl in Juan de Fuca

Later, in a one-on-one interview, Ilkay goes on the offensive, demanding answers about what environmentalists want and why they won’t “engage” with him.

When Sheringham Point is mentioned, frustration bursts forth again. Ilkay expounds on the obligations he fulfilled, including a trail and a donation to the lighthouse fund. The problem, he says, is a gate on Seaside Road. Ilkay admits he was “late” putting in the gate, but he says he shouldn’t have to keep it closed.

The community demanded the gate for safety reasons, to keep large truck traffic and contractors from barreling through what was once a quiet cul-de-sac, Alcock says.

“[Alcock] is trying to make an accusation that I’m not a guy who lives up to my agreements,” he complains. The allegations are “so ridiculous” he’s considering releasing the written agreement to the media. But so far, he hasn’t.

Alcock acknowledges that Ilkay lived up to some part of the agreements, but not others. ”It caused a real rift in the community,” she says. The issue is now in arbitration, and she can’t discuss it further, she says.

With the Marine Trail proposal, Ilkay vows to set aside a large portion – up to 99 hectares – of his 236-hectare site as parkland.  But apparently the stretch of the Juan de Fuca Marine Trail that his company now owns won’t be part of that gift.

“It’s a problem; we don’t want to own the trail,” Ilkay admits.

Ilkay blames his acquisition of the 100-metre-plus section of public trail on the volunteers who built it and on “surveying errors.” But instead of donating that piece of land back to BC Parks, he says, “We’re going to solve it by putting the trail back into the park and rerouting it to their satisfaction, at our expense. They [BC Parks] don’t have a budget for that.”

Despite the promises, at least one tourism operator is giving the whole project a big thumbs-down. Drea Gibson runs day trips to the Juan de Fuca trail, and she says the wilderness experience will be spoiled by a big resort a couple hundred metres away. “[Visitors] get out there and it’s just ocean, the wind in your face, ancient trees, bears and cougars,” she says. “Why build a resort? It’s just ridiculous. People might as well go to a golf course.”

Otter Point resident Rosemary Jorna calls the resort plan “tourism sprawl.”   “It would be more in line with the Regional Growth Strategy to keep this kind of development in Port Renfrew and other settlement areas, rather than sprawling along the coast above the marine trail,” she says.

Ray Zimmerman of Sea-to-Sea Greenbelt Society agrees. “[Ilkay] is planning seven kilometers of sprawl along the coastline,” he says.

“Spreading hundreds of houses over seven kilometers in bits and pieces, and having to build all kinds of roads and bring in all those services – it makes no sense,” Zimmerman scoffs. “It makes no ecological sense, and it makes no financial sense.”

The current Official Community Plan (OCP) spells out guidelines for new construction on the Juan de Fuca forestlands. “Forms of development that increase demands for services and infrastructure, and that negatively impact the rural resource nature of the area, are not supported,” it states.

Rosemary Jorna of Otter Point notes the forestlands are classed as Rural Resource Lands under the current zoning. That designation is intended to prevent unlimited expansion of settlement areas, she says.

“[Land-use decision] should be focused on keeping rural settlement compact,” Jorna suggests. “If you’re going to put in 279 cabins, you’re pulling that away from Port Renfrew. Anything [visitors] want to do, besides walking down to the Juan de Fuca trail, they’ll have to get in their cars.”

In fact, almost anything visitors need, from gas stations to medical care, will be an hour’s drive away. It seems inevitable that if this resort is built, demands for all kinds of services will follow.

Since the resort would exist in splendid isolation, far from other settlements, services like roads, drinking water and waste disposal would need to be built from scratch. In the CRD, 20 percent of septic systems are failing—and that figure includes new systems. This development, uphill from a provincial park, will have the same requirements as any other property—no more, no less.

According to June Klassen, the CRD’s manager of local area planning for Juan de Fuca, “inadequate surface water resources” will compel the developer to rely on wells, rain cisterns or trucked-in water,

Regardless of potential impacts, however, Klassen says, “We believe [the proposal] conforms to the Regional Growth Strategy. We’ll do a report to the [CRD] board to that effect. The OCP designates this area for tourism use. There are no restrictions other than the definition of ‘cabin’ and ‘tourism use.’”

Even if the proposal is consistent with the OCP, it requires rezoning to support the proposed tourist uses. While Klassen says that she expects another public information session to be held in January, she also confirms the fate of the resort application is in the hands of CRD Land Use Committee A and its five members: the mayors of Langford, Sooke, Colwood, Metchosin, and Mike Hicks, the Juan de Fuca director.

This committee, which was set up by the province, has yet to see a development application it didn’t like.

One Response to Ender Ilkay: If you can’t trust smooth-talking millionaire real-estate developers, who can you trust?