Dear Auntie Civ: Why are vegans so angry? 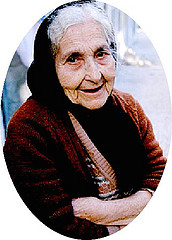 Auntie Civ gives advice from an anti-civilization viewpoint. If you’d rather get advice from a vegetarian or techno-utopian, ask one.

You’re so old and senile, you’re not even making sense. Give a proper answer to the vegetarians, or give up and admit you’re losing it.

Oh dear. It’s true, I’ve been terribly distracted. I’m not well, you see. But thank you for your letter. This reminds me of the years I gave up eating animal products – I was vegan for five years.  Which was fine, until

I started having an allergic reaction to soy and wheat. It quickly became painful and embarrassing. I lost weight, I broke out in a rash, and my stomach trouble was so bad I had to wear adult diapers. I’m doing much better now on a sort of “cavewoman” diet. Very little processed food of any kind. No soy, no wheat, no sugar. It would seem I’m one of those people who can’t be vegan – it tears up my insides.

Soy and wheat give the land diarrhea as well, by the way. Mass production of crops robs the soil of nutrients and it just dribbles away. Carving up the prairies to plant wheat helped cause the Dust Bowl in the Dirty Thirties. I was just a child then, but I remember my parents and other adults talking about it. Clearing forests for agriculture contributed to the deserts of North Africa and parts of the Middle East when this civilization was young.

But never mind the ancient history. These days, I’m not interested in telling young people what to do. By all means, go ahead and be vegetarian if you like. It’s an ethical decision, and I have no problem with it.  But please, don’t harass everyone else like they’re murderers. The sacred mystery of life and death is this: Life comes from death. Death comes from life. Every living thing eats another living thing.

There’s never been a vegan culture in human history, and I suppose there never will be. After civilization (the crash is coming!) veganism will be a luxury that few can afford.

Let me give an example. A couple decades ago, I was in the wild canyonlands of the Cascade Mountains guiding two young men from the city for a weekend. As we walked, we discussed the coming crash, and what we would do. These two told me they figured retreating to the canyons would be the safest bet, but they couldn’t agree about whether they could maintain their vegan lifestyle while “living off the land” year-round.

Of course, they couldn’t. There is not enough calories in vegetable oil and plant protein in the mountains for a human being to survive the winter. Not unless they cleared the rainforest and planted acres of seed and nut crops, and then built an oil press and hydrogenating plant to concentrate and preserve the oil and protein. Aside from the obvious problem of destroying the rainforest, even a small-scale operation like that wouldn’t be possible without cheap energy and industrial materials. Post-civ, it won’t be an option.

Before this culture moved in, people in this part of the world starved in the winter if they couldn’t get moose meat. Salmon wasn’t enough; even though it’s a great source of fat and protein, it doesn’t have enough concentrated calories and nutrients to keep people healthy through the months of heavy snow and sub-freezing temperatures.  When the moose disappeared, so did the people. East of us, when the colonists wiped out the buffalo, the people of the plains also starved for lack of meat.

Now that the colonists have indoor heat and high-tech fleece clothing, some of us can be vegan if we want. But it’s not sustainable – it can’t last forever.

Maybe people in the South Pacific will be able to maintain a vegan lifestyle post-civilization. But their traditional, sustainable culture has always relied on fishing. Their survival will likely depend on whether we can stop the pollution and climate change that are destroying the oceans.

I’m sure you know that this culture is consuming everything – oceans, forests, wetlands, even the polar ice caps. It brings us abattoirs and factory farms along with plastic-wrapped genetically-modified soy burgers. You see the destruction every day if you look.

Industry and agriculture suck up 97% of the water and dump out 95% of the waste. That includes the irrigated, pesticide-soaked monocultures of fruits, vegetables, and grains. It also includes the new organic farms that replace – and wipe out –  wildlife habitat, forests, and watersheds.

Agriculture has allowed us to exceed the planet’s carrying capacity. Vegetarian or not, this situation can’t last forever.

We should all be concerned about cruelty to animals, especially in factory farms. The abuse is disgusting and horrific and it should be stopped. Being vegetarian or vegan is still only a lifestyle choice. In order to have a real impact on saving ecosystems or stopping cruelty, we need to overturn the system.

If we want to bring down civilization (which I do), then we need to do more. In addition to our groovy purist lifestyles and diets, we need a lot of different tactics: fighting urban sprawl, challenging patriarchy, building networks of resistance, underground action, and much more. We need a lot of strategy, starting with the understanding that this culture is based on power and violence and oppression, and that’s not something we can just transcend through “green consumerism.” The enemy is not inside us – the enemy is out there. As my dear father used to say: “See that legislature building?” (or corporate office tower, clearcut, or oil rig) — “That’s where the enemy is. Never forget.”

Yes, by all means, go veg – but don’t stop there, and please don’t lecture us about your consumer virtue. Going veg is not going to save the planet. It’s all about diversity of tactics. So why not get out there and get your hands dirty? Your old Auntie would love you for it.

Why are vegans so angry?

Dear Omni,
That’s a great question. Vegans are right to be angry – they care about saving the planet, and they can see it is being destroyed. They’re desperate to stop the violence. But there are some vegans (not all, but some) who don’t comprehend the global system of dominance that’s driving this rush to exploit everything to death. Instead, they’ve internalized the blame. As far as I can tell, they’ve swallowed the “green consumer” myth that we as individuals are responsible for the fate of the planet. They’ve bought into the delusion that our personal choices alone can change the world.

If we believe that, we can hold onto the illusion of regaining control. We can sustain “hope” for the future and cherish the fantasy of heroically preserving life on earth through simple acts of self-discipline. But there’s still the problem of all those who eat animals. Well, they are willfully, deliberately, destroying life as we know it, aren’t they?

You can see how that would make someone mad, right?

Threatening, assaulting, and harassing people over lifestyle choices while corporations are destroying the planet is “lateral attack.” Some would call it “re-arranging the deck chairs on the Titanic.” I understand the anger we all have, living in this abusive, violent culture. Sometimes, it comes out in strange ways. Personally, I’d much rather see that anger targeted at the corporations and the CEOs instead of our comrades and friends. But perhaps I’m just getting soft in my old age.

Do you have a question about dealing with this destructive culture? Write to AuntieCiv@gmail.com.

One Response to Dear Auntie Civ: Why are vegans so angry?