To Save a Rainforest 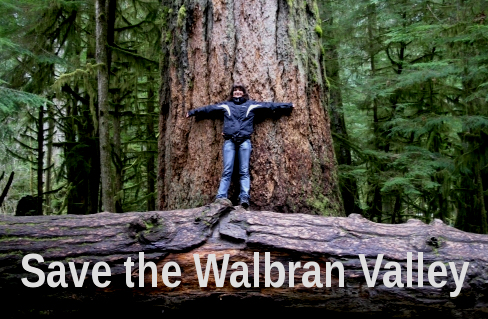 “I’m in love. With salmon, with trees outside my window, with baby lampreys living in sandy streambottoms, with slender salamanders crawling through the duff. And if you love, you act to defend your beloved.” — Derrick Jensen

Pacific Coast people have always defended the places we love. Most of British Columbia is unceded indigenous land, because native peoples never abandoned, sold, or traded their land away. Many fought fiercely against the power of the British Empire. Cannonballs are sometimes still found embedded in centuries-old trees along the shore – leftovers from the gunboats that tried to suppress indigenous uprisings in the late 1800s. 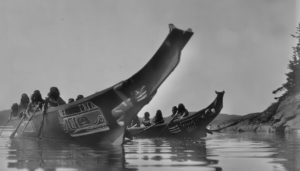 A century later, descendants of the settlers have joined forces to battle corporate raiders. In the 1980s and 1990s, a groundswell of eco-organizing brought thousands of people together to stop clearcut logging in the cathedral forests of Vancouver Island’s Pacific coast, where timber companies were busy converting ten-thousand-year-old ecosystems into barren stumpfields and pulp for paper.

During those years, police arrested hundreds in Clayoquot Sound and the Walbran Valley at mass civil disobedience protests. Young and old alike sat in the middle of the logging roads and linked arms. The resistance went far beyond the peaceful and symbolic: unknown individuals spiked thousands of trees to make the timber dangerous to sawmills. Shadowy figures burned logging bridges and vandalized equipment. The skirmishes went on for over a decade. 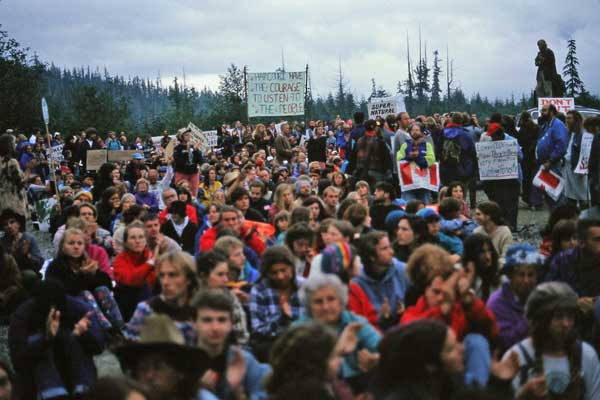 We won a few battles. Several coastal valleys are protected as parks. But many of them have been logged. And now the logging companies are coming back for the valleys that remain unprotected.

One of the worst corporate offenders is Teal Jones, the company currently bulldozing the majestic Walbran Valley, two hours west of Victoria, BC. They are laying waste to a vibrant rainforest for short-term profit, without the consent of the Pacheedaht First Nation, the Qwa-ba-diwa people, or anyone else outside of government and industry. Teal Jones does not even own the land; it was taken from indigenous people in the name of the BC government sixty years ago. 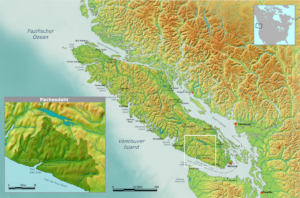 This year, the elected leadership of the Pacheedaht First Nation threw its support behind building a longhouse in the contested valley, on the land that has sustained them for countless generations. At the same time, locals are pushing back against the logging by occupying roads and logging sites. This in spite of the company’s court order telling police to arrest anyone who blocks their work. Forest defenders are regrouping, but the destruction continues.

Women for the Walbran and Forest Action Network are ramping up to break the deadlock. We’re hosting direct action trainings to share skills and develop strategies for defending ecosystems. The agenda includes tactics like non-violent civil disobedience, occupying tree-tops, and backcountry stealth. We’ll have info on legal rights, indigenous solidarity, and more.

Our adversary, Teal Jones, is a relatively small company. Its owners are relying on the police to protect their “right” to strip public forests on Pacheedaht traditional territory. Profit margins are slim, and lawyers are expensive. The forest defenders are poor, but we have community support and a wide array of strategies for beating Teal Jones at its own game. Every tool in the box: we can launch a mass civil disobedience campaign, carry out hit-and-run raids on costly machines, coordinate a knockout legal strategy, or deliver the tried-and-true “death by a thousand cuts” with a combination of tactics.

However it plays out, Teal Jones is on borrowed time in the Walbran. But that’s cold comfort when the machines are mowing down thousand-year-old forests like grass. 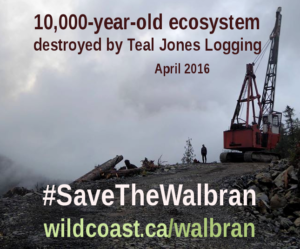 The forest defenders do have certain advantages. On the practical side, we’re investing in the gear and training that will provide the leverage to win. We have a legal defense fund that’s both a war chest for litigation and a safety net for those who risk their freedom on the front lines. But our best defense is the thousands of people who love this land like life itself. Many live nearby and visit every chance they get, others came once and fell in love, and untold numbers have yet to see the Walbran’s wildlife firsthand, but they hold it in their hearts. 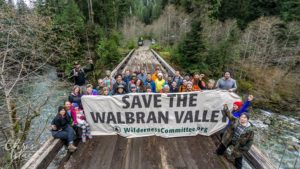 Those who love the land are a community. We are the organizers, sponsors, and volunteers who drive this movement forward. Everyone who shares these values can be a part of it; no contribution is too small. We’re going all-out to defend the forests, rivers, bears, cougars, otters, and eagles of the Walbran Valley. They sustain us and we give back by fighting to protect them. 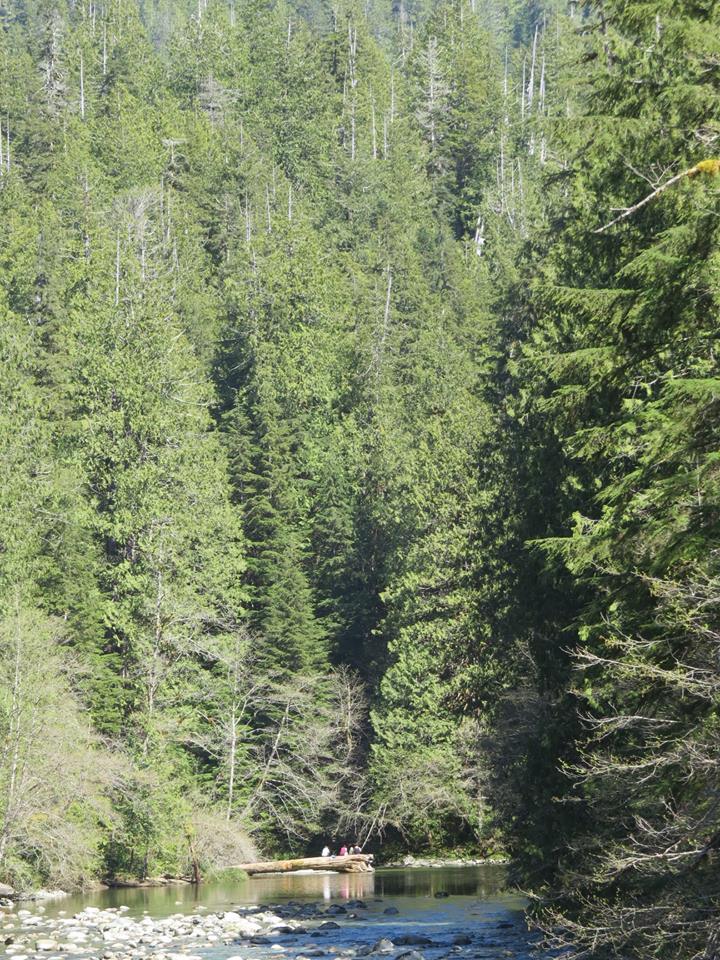