“No Threat” to Spotted Owls in Canada? 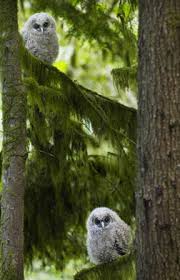 Despite petitions from environmental groups, the federal Environment Minister won’t step in to save the owl
Sun, 27 Aug 2006

Canadian Environment Minister Rona Ambrose says there is “no imminent threat” of extinction for spotted owls, while experts report the estimated number of remaining owls has fallen from 22 to 17.

Ambrose was responding to an appeal by conservation groups to invoke an emergency provision of the federal Species at Risk Act (SARA) and immediately protect owl habitat in British Columbia. But instead, she shrugged it off. “There is no imminent threat to the survival or recovery of the Northern Spotted Owl at this time,” Ambrose said in a press release August 16.

Environmentalists reacted with dismay and bewilderment to the announcement that Ottawa would take no action to protect the owl.

Gwen Barlee, policy director for the Western Canada Wilderness Committee, asked, “How can the Minister claim that northern spotted owls are not threatened when more and more owls disappear each year?”

“Minister Ambrose has set such a low standard for the Species at Risk Act in terms of its protections for endangered species that the law has been rendered meaningless,” said Devon Page, a staff lawyer with Sierra Legal Defence Fund.

Instead of taking action, Ambrose was content to praise the “commitment from British Columbia to preserve and increase the population of Northern Spotted Owls.”

The Government of British Columbia has announced an action plan that includes halting timber harvesting activities in areas of the interior of the province currently occupied by the remaining Owls.

The “action plan” Ambrose refers to appears to be a decision in April to suspend logging in newly-designated owl habitat areas. Conservationists point out, however, that the areas have not yet received any permanent, legislated protection. Given BC’s record of making vague promises and then reneging, environmentalists say they are skeptical.

67 per cent of forested habitat suitable for spotted owls (i.e. old growth forest) must be retained;

Harvesting must not take place on more than 50 per cent of the land base; and

No forest harvesting is permitted within 500 metres of a nest site.

In other words, up to one-third of the owl’s remaining forest habitat can be logged, along with up to one-half of the land base, which includes non-forested areas.

Only three nest sites were documented by spotted owl researchers in BC this year. One nest tree was blown down by wind, killing a nestling, and another may have been lost to clearcuts by Cattermole Timber in July. Cattermole and the province both denied any knowledge of owls nesting on the site. Studies funded by the province are still attempting to locate any surviving owls in the vicinity.

The B.C. government also announced in April it would spend $3.4 million on a five-year spotted owl recovery program that focuses on captive breeding and releases to the wild.

In 2005, researchers found evidence of 22 owls in BC, with six breeding pairs. Further population audits carried out by conservation biologists this year indicate 17 owls are now living in BC’s southern inland rainforest.

In her decision to wash her hands of the owl’s fate, Minister Ambrose referenced the provincial Spotted Owl Recovery Plan, which is still in draft form and open to public comment online until September 25. The plan is not endorsed by any BC environmental groups.

The authors of the report, the Canadian Spotted Owl Recovery Team (CSORT), had this disturbing summary:

The CSORT recognizes that certain recovery measures (e.g., population enhancement measures) are not well tested, and the outcome of such actions is uncertain. The likelihood that the Spotted Owl will recover naturally (without human intervention) to numbers sufficient to down-list the species is considered to be extremely low, and therefore, active human intervention is recommended. Although the CSORT believes that recovery is biologically feasible, we recognize that the recovery of the Spotted Owl faces several significant logistical, societal and economic challenges, and that even if all these challenges are met, there is no guarantee that recovery will occur over the short term.

Still, the CSORT report is cautiously optimistic that the population can eventually recover, pointing to the success of species like the whooping crane and California condor. But Ottawa and Victoria are signaling that while public relations are important, the loss of an entire species – through destroying the ecosystem on which it depends – does not merit taking strong and decisive action.

On August 19, members of the Sierra Club of Canada gathered on Parliament Hill for a ceremony to mourn the impending loss of the spotted owl from Canada.

“How low must the spotted owl population go before the minister admits that extirpation is imminent?” asked Stephen Hazell of the Sierra Club.

“Canada’s whooping crane population collapsed in the early 20th century, bottoming out at 16 birds in 1941. Is it not embarrassing to all Canadians that the federal government is not prepared to fight for the spotted owl, as Canadian and American governments did for the whooping crane in the midst of the Great Depression and the Second World War?”