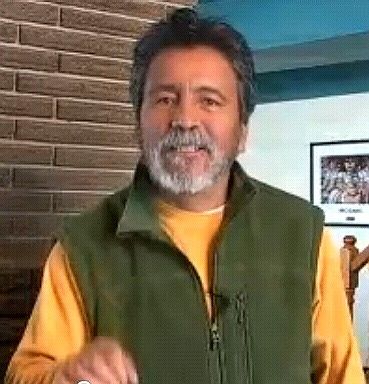 This fall, Victoria residents have a unique opportunity to decide if a convicted sex offender should represent them on city council.

In a refreshingly-honest statement for an aspiring politician, Mora has confirmed he sexually assaulted a fifteen-year-old girl in Burnaby.

By his own account, Mora pleaded guilty and served 40 days in a “rehabilitation centre” in the Lower Mainland. However, he attempted to portray the offense as a minor one.

“I never had sexual intercourse with (the fifteen-year-old),” Mora said by email. “I never sexually touched the other girls” who complained to the police, he added.

Mora announced September 18 that he is seeking nominations for the city council seat vacated by Sonya Chandler. Acting on a tip, Victoria Indymedia published a summary of court records available online. The records showed that Pedro Jose Mora (born 1944) was ordered to stand trial on five charges of sexual assault in 1999.

After serving his sentence, Mora applied to have his criminal conviction sealed from public view.

“I have never denied the facts of my criminal record to any one who is genuinely concerned about the safety of women and children,” Mora said this week. He complained that the Indymedia story suggesting he is a child molester is “cruel and undo harassment” and that the publishers could face court action for  “liable.”

Missing from Mora’s statement is any indication of remorse for his actions or compassion for his victim. Instead, he lectured the reporter on the need for “identifying properly the real enemy which we both are fighting against, instead of tripping each other with unnecessary fear and hatred.”

However, social justice advocates who are “genuinely concerned about the safety of women and children” might include as “real enemies” those who participate in the system of male domination that rapes and murders thousands of women and girls each year.

Mora is a director of Vancouver Community Network and NowPolling.ca, two non-profit groups. He runs a website at Pasifik.ca and shoots video with Jack Etkin for Shaw TV community programs.

Mora previously ran for mayor of Vancouver in 2005 on a platform of “perpetual elections,” receiving 443 votes out of a total of 130,011. He now lives with his partner in Victoria’s North Park neighbourhood.

How groups can protect members from sexual abuse

Child abuse and sexual harassment are widespread, damaging, and under-reported in Canada. Non-profit groups and charitable societies are obligated to address the problem as a human rights issue, just as other institutions do. These tips can help.

Have you been molested or raped by a candidate for public office? Contact the author for a private, confidential discussion: zoeblunt (at) gmail (dot) com.